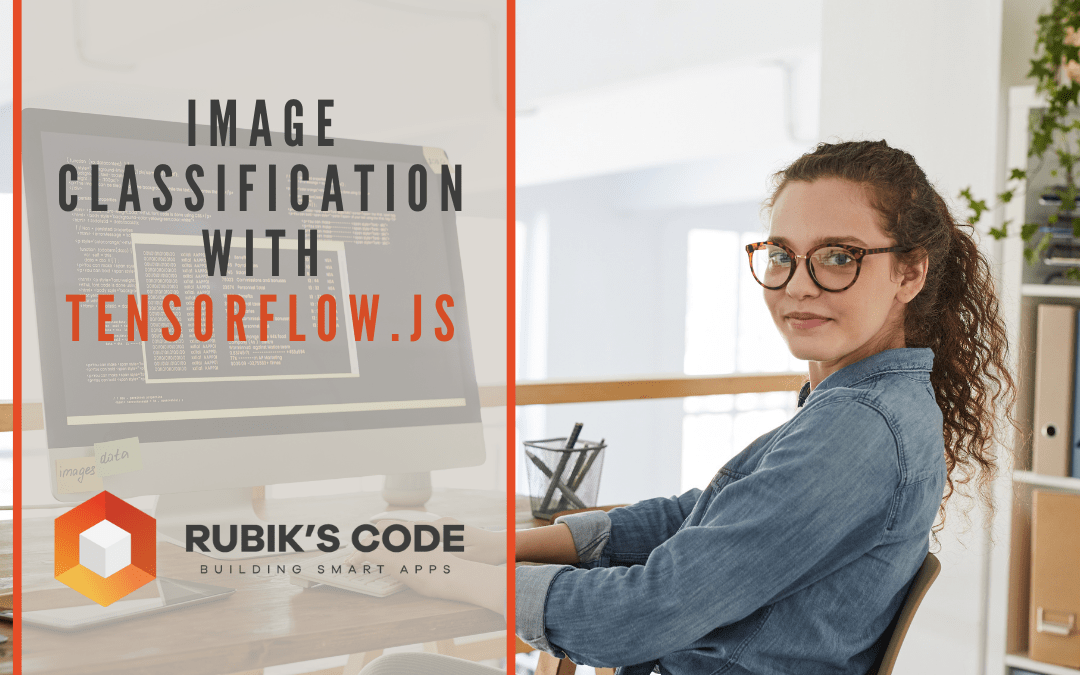 A couple of days ago news about DALL-E 2 and its ability to create realistic images from text descriptions took the world by storm. Even though, this news left me amazed I was hardly surprised. For a while now, machine learning and deep learning are dominating the computer vision field, and engineers are coming up with more and more interesting solutions.

From Facebook tag suggestions to self-driving cars neural networks really took over this world. In fact, the revival of AI 10 years ago started with its application in computer vision. Namely, in a computer vision problem called image classification. Today, we can solve that problem using JavaScript in the browser. Let’s see how we can do that. 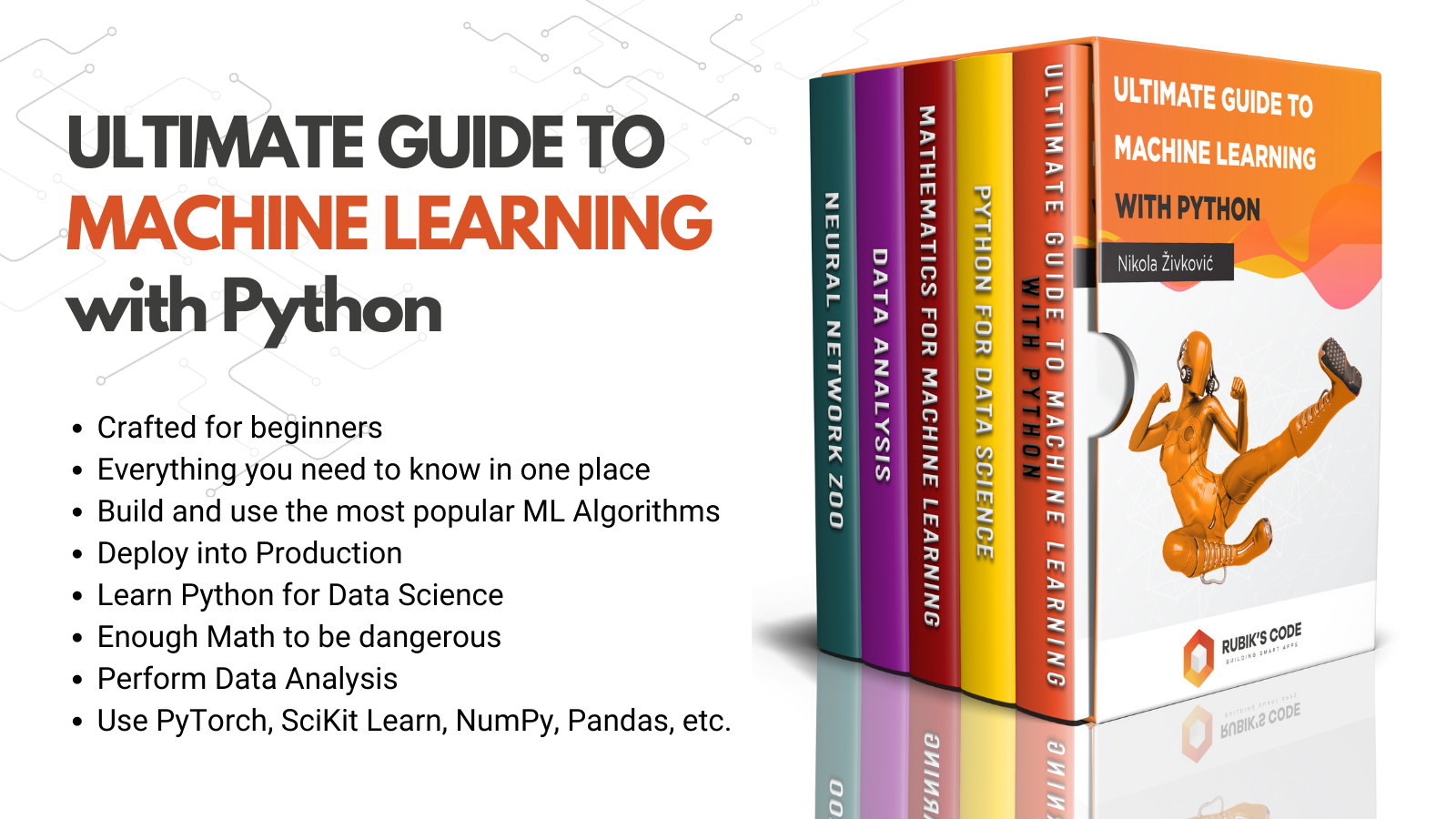 In this article we cover:

1. What is Image Classification?

Historically, image classification is a problem that popularized deep neural networks especially visual types of neural networks – Convolutional neural networks (CNN). We will go into details about what are CNNs and how they work in next section. However, we can say that CNNs were popularized after they broke a record in The ImageNet Large Scale Visual Recognition Challenge (ILSVRC) back in 2012. 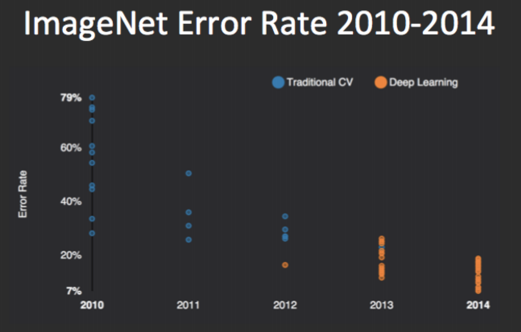 This type of neural networks was created back in the 1990s by Yann LeCun, today’s director of AI research at Facebook. Similar to other ideas in the field, this one also has roots in biology. Researchers detected that individual neurons from visual cortex respond to stimuli only in a restricted region of the visual field known as the receptive field.

For example, take a look at this image, and tell us what do you see:

This is a well known optical illusion, which first appeared in a German humor magazine back in 1892. As you could notice, you can see either duck or rabbit, depending on how you observe the image. What is happening in this and similar illusions is that they use previously mentioned functions of the visual cortex to confuse us. Take a look at the same image bellow:

Meaning, when you observe certain features of the image different group of neurons got activated and you classify this image either like a rabbit or like a duck. This is exactly the functionality that Convolutional Neural Networks utilize. They detect features on the image and then classify them based on that inforamtion.

We will not go into details of how work. You can read all about that here. However, we are going to emphasize some major components. First, the so-called convolutional layers detect features of the image. This layer use filters to detect low-level features, like edges and curves, as well as higher levels features, like a face or a hand.

Finally, this information is passed into a neural network, called Fully-Connected Layer in the world of Convolutional Neural Networks. Again, the goal of this article is to show you how to implement all these concepts, so more details about these layers, how they work and what is the purpose of each of them can be found here.

3. Dataset and Installation of Tensorflow.js

In one of the previous articles, we implemented this type of neural networks using Python and Keras. We created a neural network that is able to detect and classify handwritten digits. For that purpose, we used MNIST dataset.

This is a well-known dataset in the world of neural networks. It is extending its predecessor NIST and it has a training set of 60,000 samples and testing set of 10,000 images of handwritten digits. All digits have been size-normalized and centered. Size of the images is also fixed to 28×28 pixels. This is why this dataset is so popular.

Using Convolutional Neural Networks we can get almost human results. The record, when it comes to accuracy of prediction on this dataset, is held by the Parallel Computing Center (Khmelnitskiy, Ukraine). They used an ensemble of only 5 convolution neural networks and got the error rate of 0.21 percent. Basically, they are giving correct results in 99.79% of the cases. Awesome, isn’t it?

For the implementation in JavaScript that we plan to do here we will also need a simple HTTP server. I am using this one, which can be easily installed using :

It is run using command:

There are several ways in which we can use TensorFlow.js. First one, of course, is using it just by adding script tag inside of our main HTML file:

You can also install it using npm or yarn for setting it up under Node.js:

In order to faster load fore-mentioned data, guys from Google provided us with this sprite file and with this code so we can manage that sprite file. However, I had to tweak this code a little bit to better fit my needs, so here how it looks like:

Here are some major points of this MnistData class. Images and labels of those images are loaded into fields trainImages, , trainLabels and . This function needs to be called first. Once that is done, we can use methods nextDataBatch to get batches of data from these datasets. Underneath, these methods are calling function with different images and labels. This function also converts data into tensors which is necessary for processing.

5. Implementation of Image Classifcation with Tensorflow.js

Let’s start from index.html file of our solution. In the previous article, we presented several ways of installing TensorFlow.js. One of them was integrating it within script tag of the HTML file. That is what is done here:

Note that we add the script tag for TensorFlow.js and additional for -vis. This is a small library for in-browser visualization. In this HTML file, we imported data.js file, which should be located in the same folder as file, and script.js file. Our complete implementation is located in this file. In order to run this whole process, all you have to do is open index.html inside of your browser.

Now, let’s examine the script.js file, where the of is located. Here is how the main run function looks:

You can notice that this function is similar to the one from the previous article. It reveals the workflow of the application. In the beginning, we load the data using function:

First, we create an object of MnistData class. This class is located in file. Then we call mentioned load function. It will initialize the properties of the created object. Once this is done, we can return this object and use it for displaying input data in the browser with displayData function:

In this function, we first create a new tab called Input Data. Then we get a batch of test data using function from the MnistData class. Then we iterate through those images and convert it from tensor into data that can be displayed. Finally, we show them in the created tab:

Once data is visualized, we can proceed to the more fun part of the and create model. This is done in the function createModel:

Basically, we create two convolutional layers that are followed by max-polling layers. Finally, we flatten the data into an array and put it through a fully connected layer, which is in this case just one dense layer with 10 neurons. This last layer is actually the output layer, which predicts the class of the image. Model is then compiled with categorical cross-entropy and Adam optimizer. Once we print the summary of the model with -vis here is what we get:

Cool! Now, we have prepared input data and model, so we can train it. This is done inside trainModel function:

In essence, we get a batch of train data and a batch of test data. Then we ignite fit method on our model and pass the train data for training and test data for evaluation. Metrics like loss and accuracy are displayed after each epoch using -vis:

The final step in this process if the evaluation of our model. For that purpose, we display accuracy per digit and we use the concept of a confusion matrix. This matrix is just a table that is often used to describe the performance of a classification model. This all is done in the function:

As you can see, this function is using helper functions like displayAccuracyPerClass, displayConfusionMatrix and predict to make thise graphs:

We are getting pretty good results with this simple model and with just 20 epochs. We could improve these results by adding additional convolutional layers or increasing number of epochs. This would, of course, get an impact on the length of the training process.

In this article, we got a chance to see how we can utilize Convolutional Neural Networks with TensorFlow.js. We learned how to manipulate layers that are specific for this type of neural networks and run them inside of a browser. 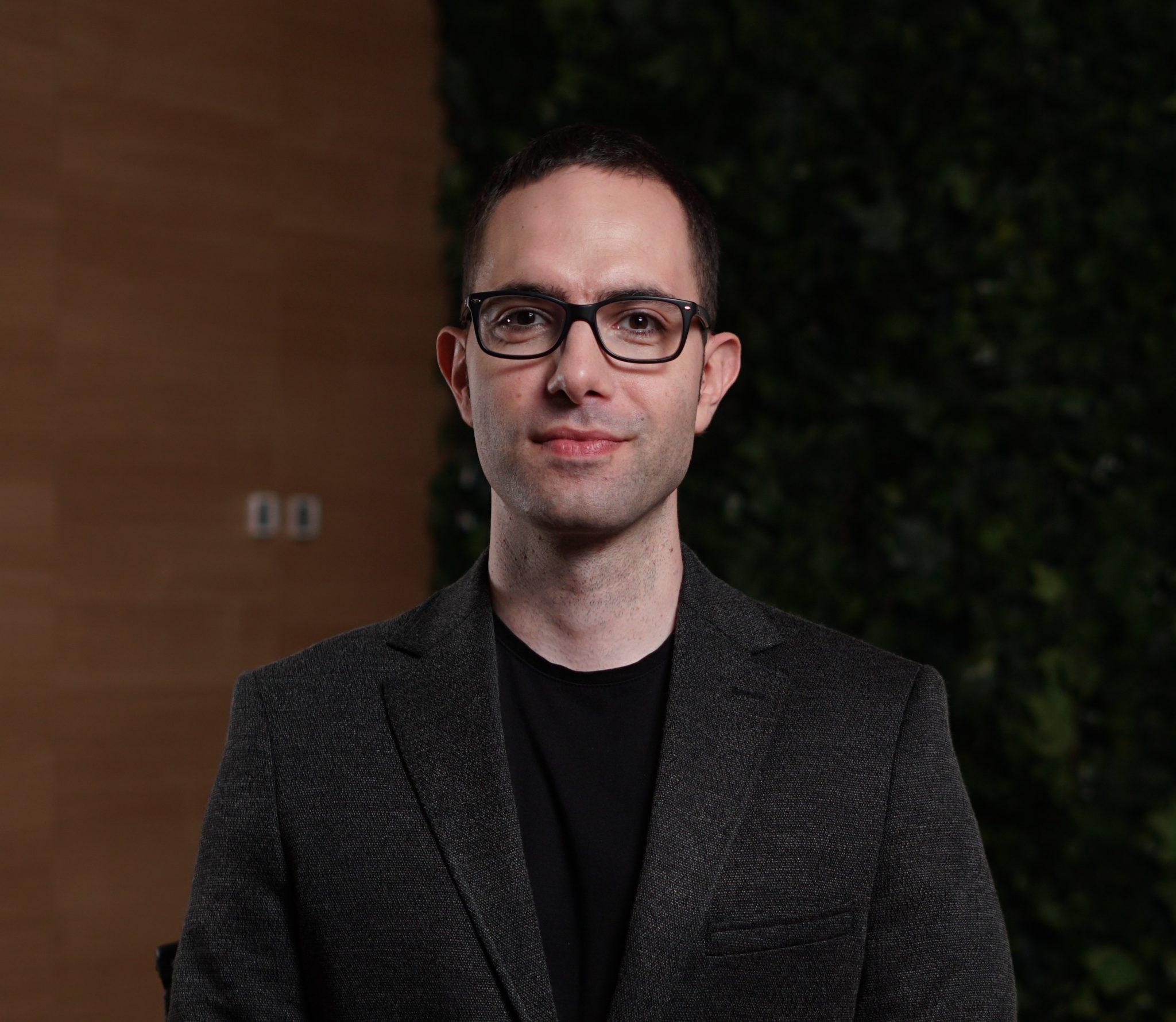 Nikola M. Zivkovic is the author of books: Ultimate Guide to Machine Learning and Deep Learning for Programmers. He loves knowledge sharing, and he is an experienced speaker. You can find him speaking at meetups, conferences, and as a guest lecturer at the University of Novi Sad.